Dr Matthew Gardiner is an artist most well known for his work with origami and robotics. He coined the term Oribot 折りボト and then created Oribotics, a field of art/science research that thrives on the aesthetic, biomechanic, and morphological connections between nature, origami and robotics. Gardiner holds a position as artist and key researcher at the Ars Electronica Futurelab, in Linz Austria, where the philosophy of art, society and technology intersect.

As an artist Gardiner works with origami and robotics: Oribotics. The work arises from the consideration of folded forms, their kinetic properties and electromechanical methods of actuation, sensing, interactions and luminous display. In 2003 Gardiner coined the terms Oribot and Oribotics, to define the emergent field of folding, robotics and technology, and has produced the following works with premieres: Oribotics 2004 at Next Wave Festival, Oribotics [laboratory] 2005 at Asialink Center, Oribotics [network] 2007 at the Melbourne International Arts Festival, Oribotics [de] 2008 at Künstlerdorf Schöppingen, Oribotics [house of dreaming] 2009 for Arena Theatre Company, Oribotics [the future unfolds] 2010 for Ars Electronica Festival and Tokyo Design Touch, 2020 Oribotics [clima] at Centro de Ciencias de Sinaloa (Science Center of Sinaloa).

Author of best-selling Everything Origami and Designer Origami


Gardiner's other works include Origami House 2003: one square kilometer of paper folded into a full size house with the Melbourne Origami Group, 1001 Cranes: 7000 paper cranes installed in the shape of a three story high Gingko bonsai, and Radiobots a radio based percussive instrument for performance on architecture. From 2005-2006 he starred as a television presenter on ABC Sunday Arts teaching the art of origami. He is author of Everything Origami, a best selling general origami book and collaboration with Australia's leading origami artists. He is publisher and editor of Folding Australia 2005, and Folding Australia 2007.

Gardiner curated a major exhibition Project Genesis on the topic of Synthetic Biology for the Ars Electronica Centre. He was awarded a three year PEEK grant from the Austrian Science Fund FWF for his research into the topic of ORI* on the aesthetics and language of folding and technology. Gardiner was awarded his PhD by the University of Newcastle, Australia for his thesis titled ORI*.

Gardiner has been the recipient of grants, awards from the Australia Council for the Arts, The City of Port Phillip Rupert Bunny Fellowship, Arts Victoria (Arts Innovation Board), Australian Network for Art and Technology, Victorian College of the arts. He has been a resident artist at the Ars Electronica Futurelab, Künstlerdorf Schöppingen, Australia Council Studio in Takadanobaba Tokyo, PICA, Federation Square, Origami House Tokyo, and the Digital [email protected] Regional Gallery.

A graduate of the Victorian College of the Arts, Fine Art Photography, and mentored by artists Patricia Piccinini and Peter Hennessey at Drome in Melbourne. Gardiner began folding paper at the age of eight, and around the same time he was given an Apple IIe by his father to learn how to code. 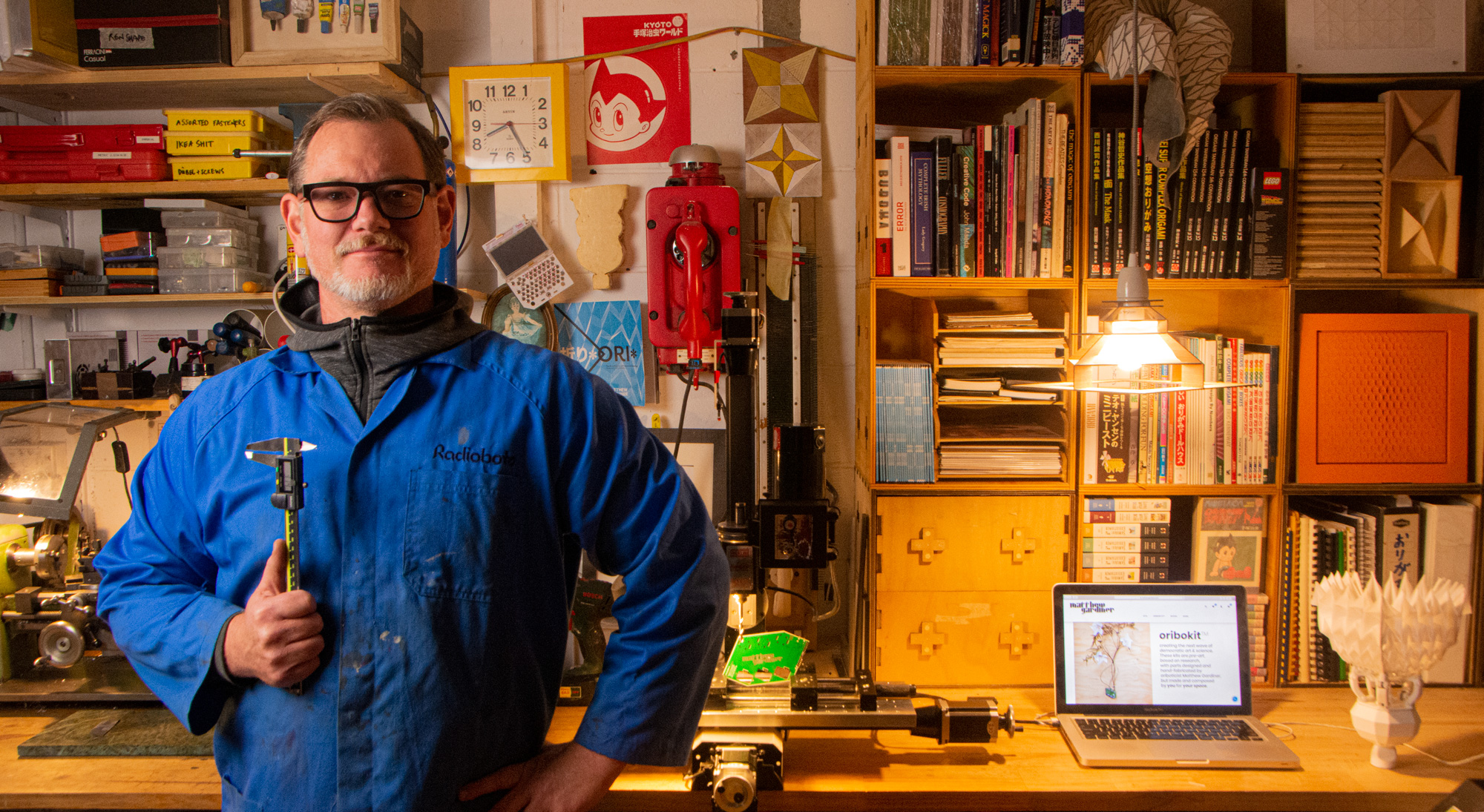