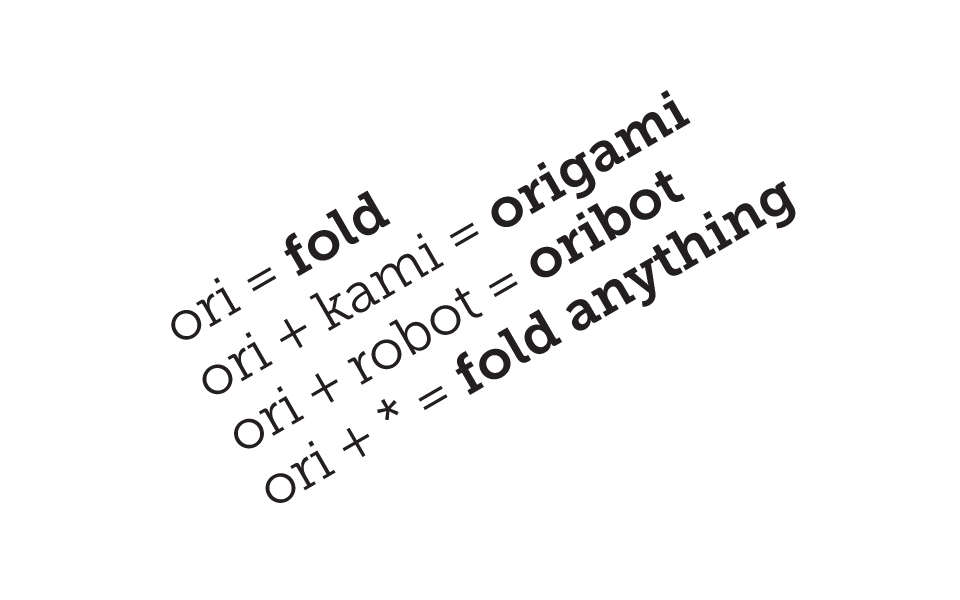 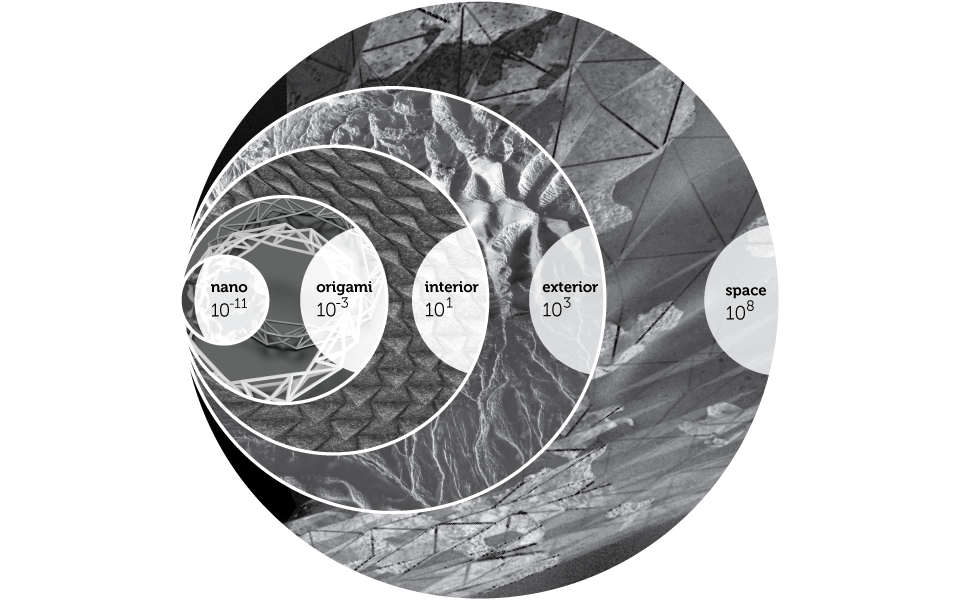 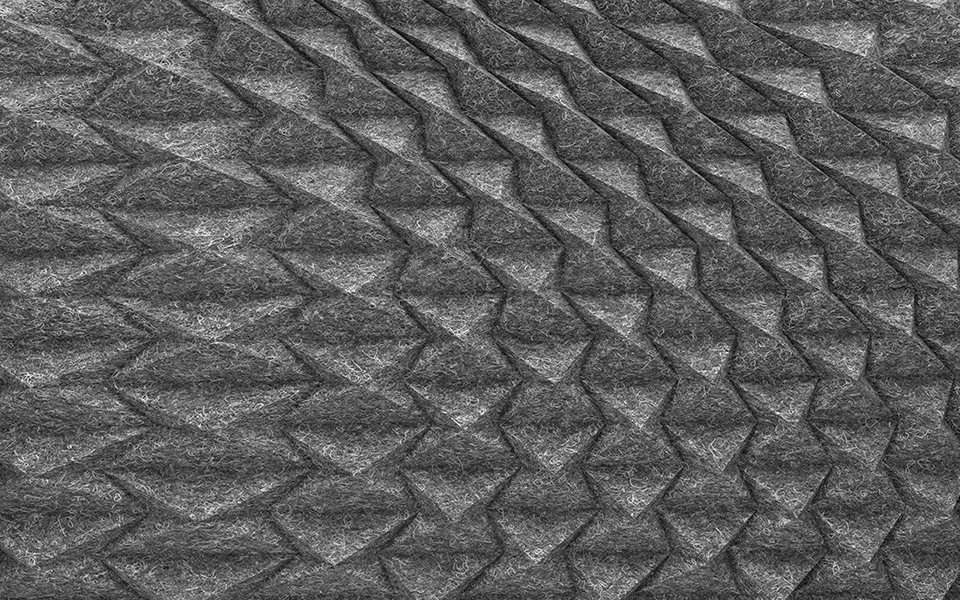 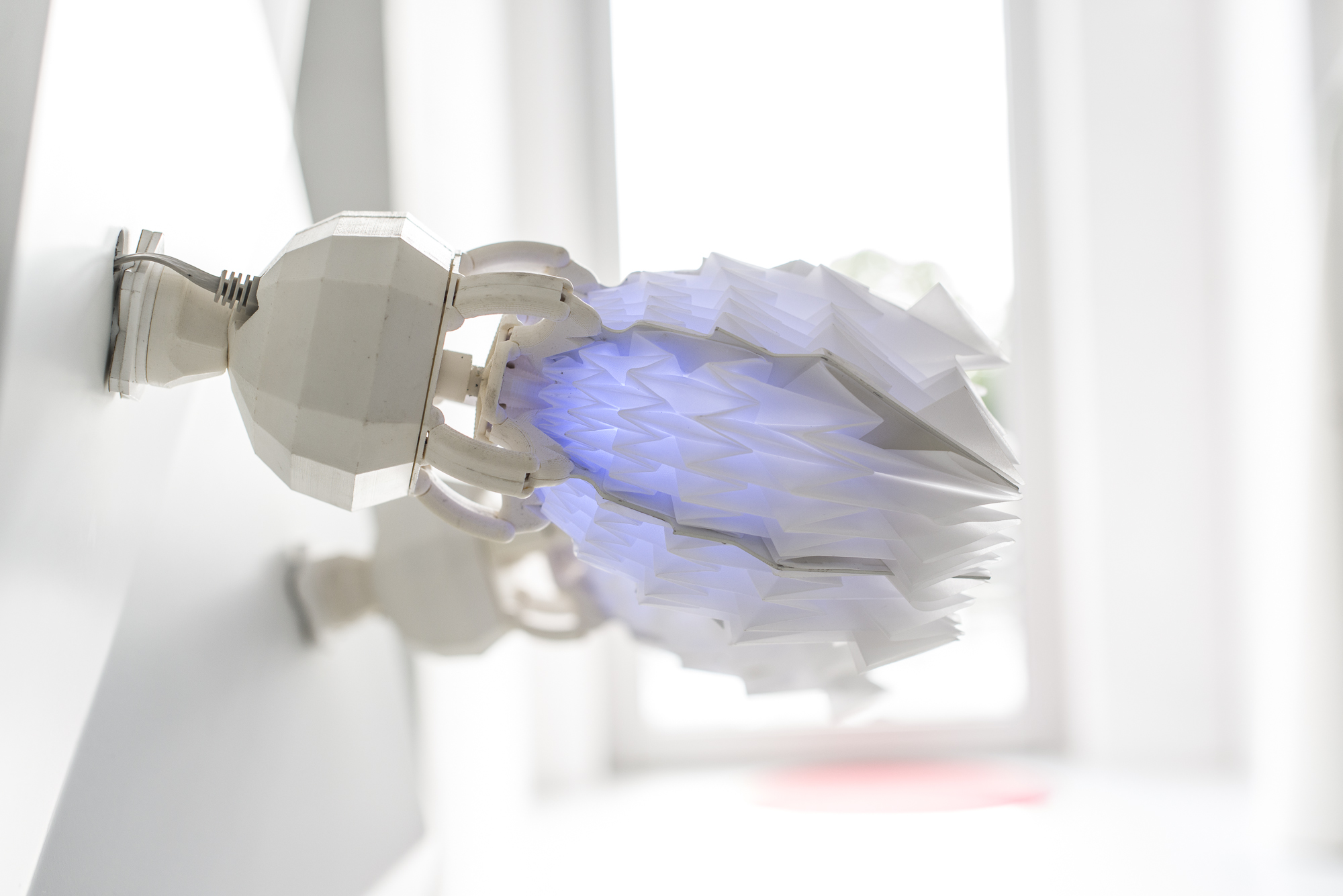 About ORI* on the Aesthetics of Folding and Technology

The model for the sciences of matter is the ‘origami’ as the Japanese philosopher might say, or the art of folding paper.
-Gilles Deleuze. The Fold, Leibniz and the Baroque.

Folding is a language of structure. This is the central tenet in an ongoing field of artistic research that to date has been known as oribotics–a conjunction of technology and tradition expressed as the robotisation of paper folding. If folding is a language of structure, then what is the syntax and grammar, and where is the dialogue? The syntax and grammar we can uncover, step by step, and appreciate an overall aesthetic of this language, the geometric forms, stylistic triangular faces, and curved lines are found in the folding vernacular. The dialogue is harder to visualise, the process of folding and unfolding reveals to us the relationship between the interconnected and simulataneous arcs of folded movements. It is precisely this dialogue that oribotics has been pursuing through reasearch into folds, fabrication, electronics, pleating, computation, and interactions, and it is precisely this dialogue that it will continue to develop, along with a theoretical frame of folding that aims to be of benefit to practitioners in the arts, design, architecture and also the associated fields of mathematics and scientific origami.
- Matthew Gardiner

Folding is also a language of nature. As a higher level expression of genetic code it defines the sculpture of genetic expression. This analogy to genetics, does not translate in a formal sense directly to sheet folding like origami, as genes are not made from paper or planar forms. However the mechanisms and the notions of programming form and function into nature is a strong artistic metaphor that connects artistic and scientific domains. The principle artists and researcher in this project, Matthew Gardiner, is artist renowned for his innovative work with folding and technology, whose past works have raised these concerns through robotic origami works inspired by biomimetics, morphology, and origami science. Gardiner’s essays and papers have reflected and elaborated on the idea of ‘programming with folds’ , and ‘the structural memory of paper’ and the ‘functional aesthetics of folding’ . The core objectives of ORI* are to construct and stimulate artistic dialogue towards a theoretical framework, in anticipation of, and in reflection on a series of strategically developed artistic micro experiments. The micro experiments can be understood, for those familiar with Gardiner’s work, as an extension of past oribotic research. The expectation is that material research will play a significant role in the experiments, as will folding pattern development, computational origami, and fabrication technology. Additionally, the influences of scientific developments in materials, genetics and synthetic biology will inform the speculative and creative process prior to each micro experiment.

This project’s broader value is to address a global increase in the use of folded aesthetic and function across the arts and design. Beyond paper based origami, design and fashion appear to hold the critical mass with clothing, interior, furniture and product designs. In reference to the statement above, the basic syntax and grammar of folds are often used, but the understanding of the dialogue between folds is underdeveloped, as is deeper theory and artistic thought. To contextualise the global emergent practice in a theoretical framework is vital to the development of the field. The research institute is the Ars Electronica Futurelab, a global center for excellence with the core concerns of art, technology and society, including the backing of a global network of artists, industry, and resources will ensure success and a significant impact on artistic research globally and within Austria. 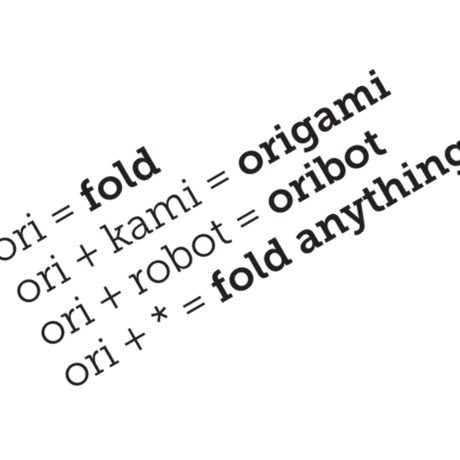 Origami and Robotics led to the discovery of the field of Oribotics, and from this convergent field, significant questions relating nature, technology and folding emerge.