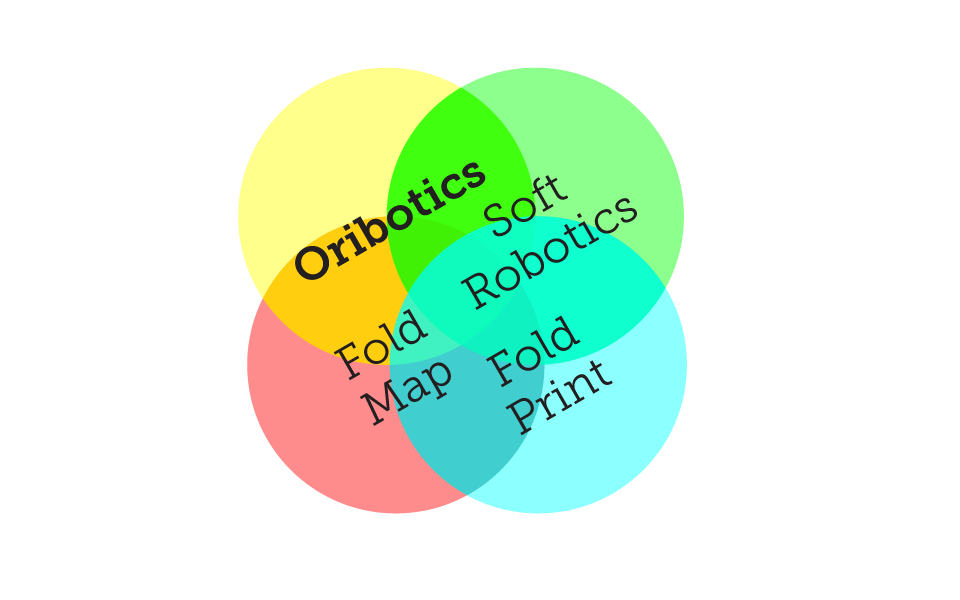 Our research into the Aesthetics and Language of Folding and Technology was framed by our methodologies (Science into Art, Research through Teaching, Research by Making). Our research topics were designed to discover new knowledge. Our publications aimed to present these works in a non-domain specific way. The only domain specificity is from language related to fundamental folding and origami concepts. However, as we have learned from our extensive literature review, origami as a knowledge domain is increasing. Engineering, Design and Architecture, mathematics of origami and art remain the main disciplines that actively engage with folding as a technique. Some exceptions include activities around biology, including DNA Origami, and movements in Soft Robotics with new areas like Elastomeric Origami, mirror the efforts our research made in 2004 with the concept of Oribotics.

The following covers the themes and associated research published for each theme.

The starting point in understanding the language of origami was Natural Folding Patterns. These are created as an act of forces applied to the materials causing dimensional change. They are the result of so-called buckling or bifurcation of materials under stress. The fundamental study the syntax of these pattern was made in Fold Mapping, which examines *Natural Folding* by parametric design.

Gardiner, M. (2015). On the Aesthetics of Folding and Technology: Scale, Dimensionality, and Materiality. Origami, 6.
Download the paper as a PDF

Polymers and Elastomers are designed to allow expansion and contraction in specific zones, allowing the construction of specific geometry muscles. The 'muscles' are then controlled by pneumatic systems. The team investigates new and existing methods for actuation of folded surfaces.

Gardiner, M. (2015). Folding and Unfolding a Million Times over: Longevity, Origami, Robotics and Biomimetics as Material Thinking in Oribotics. Symmetrion, 26(2), 189-202.
Download the paper as a PDF

Adaptive User Interface Prototyping Towards a Vision of Programmable Matter
ORI*Sense is a design for a mobile shape display that not only carries information with its transformation, but also introduces new interactions with digital devices through flexible features - by exposing haptic interface elements such as buttons, potentiometers and sliders on top of both flat and curved surfaces, depending on the stage of the application. 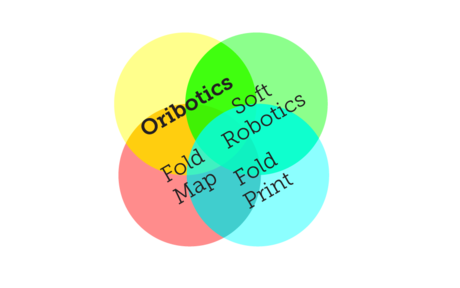 An overview of main research areas broken down into topical areas of interest: Oribotics, Fold Mapping, Fold Printing, and Soft Robotics. A complete list of publication is also available on this page.