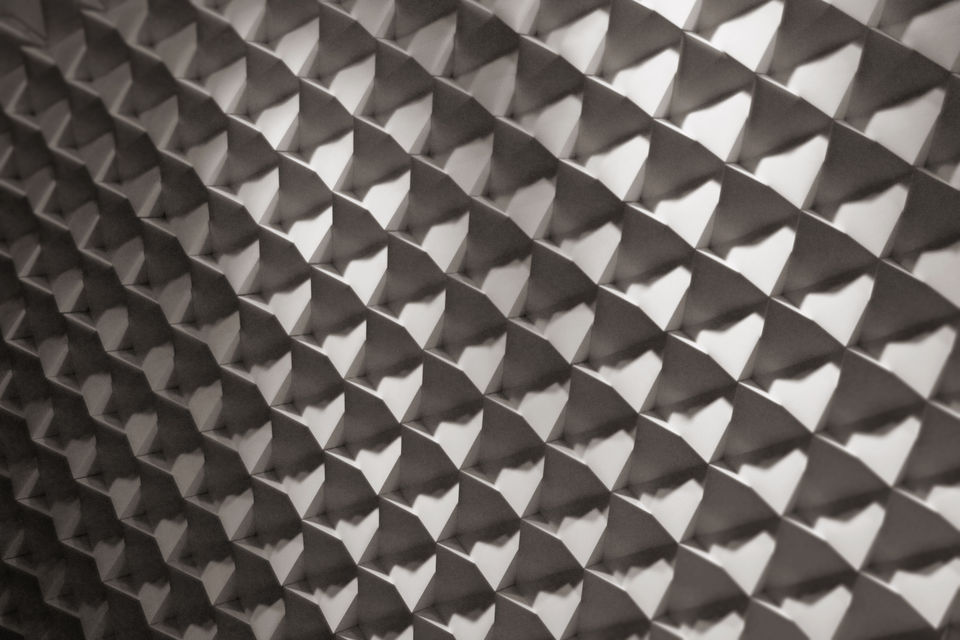 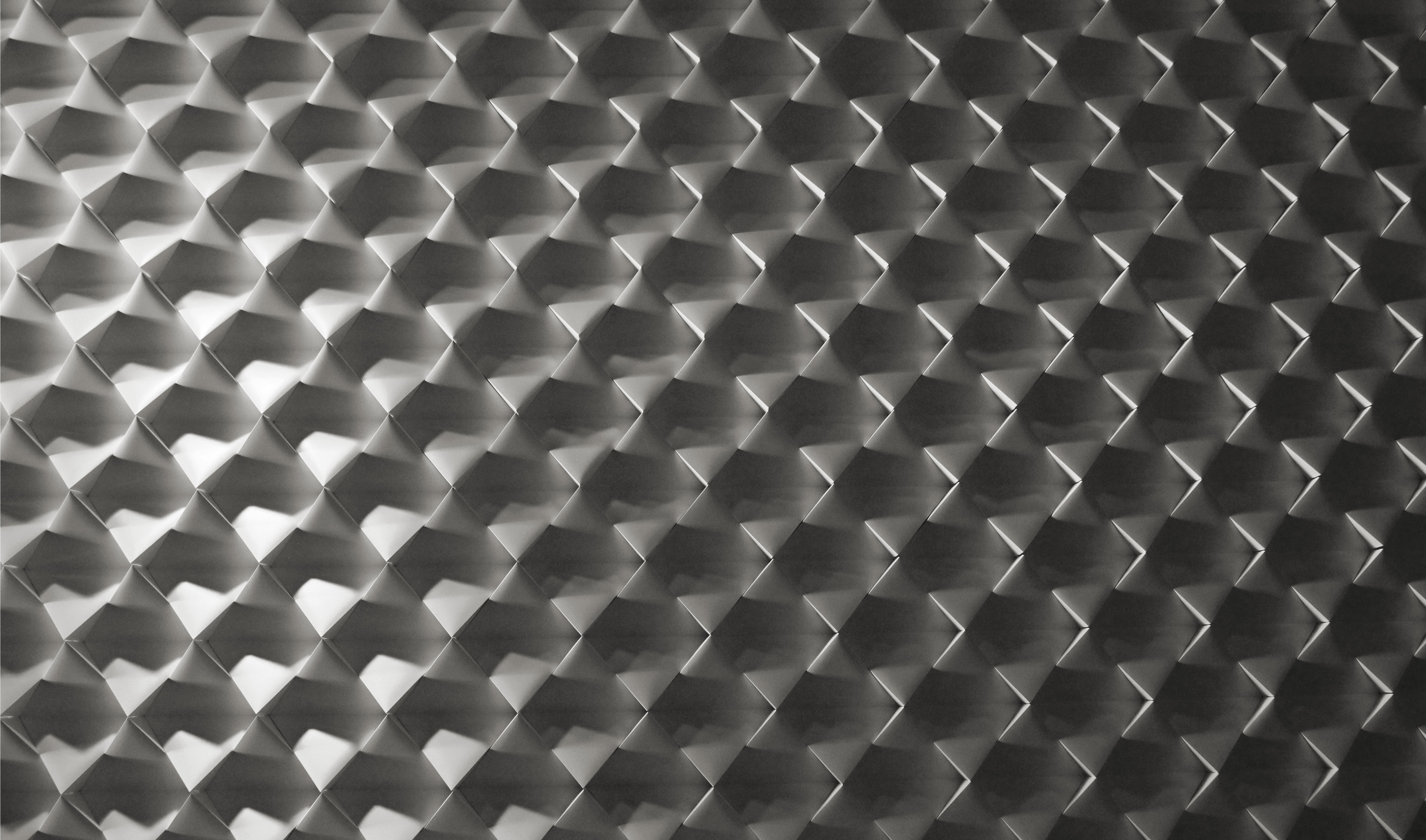 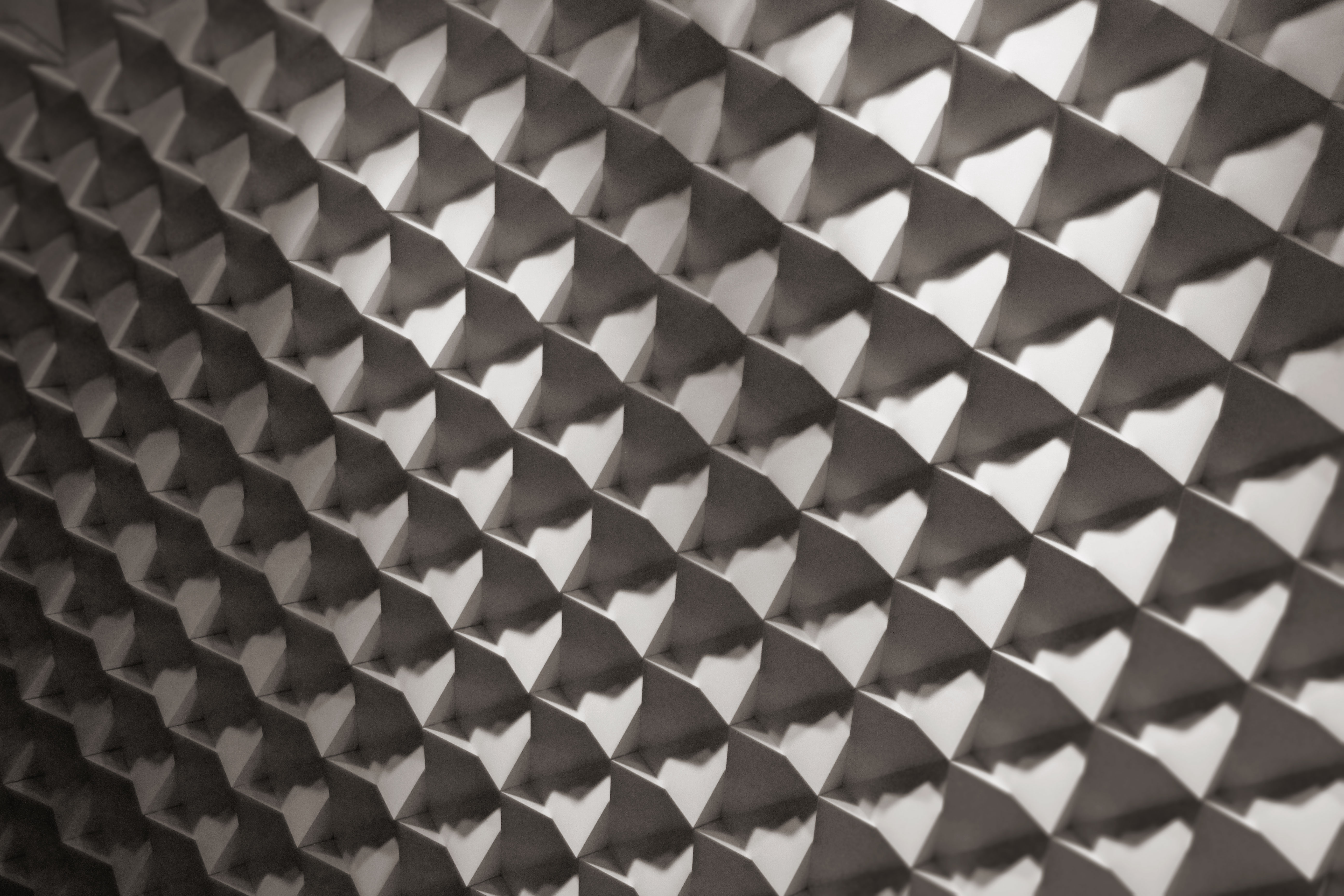 Light is Time Folds are Space

As artists we learn to follow our instincts, but often writing statements places our work into a critical frame that requires a level of logical thought that negates the instinctual aspect of making the work in the first place. Don’t get me wrong, but I just don’t want to translate the artwork with words this time, rather with this statement, I want to explain in a personal voice what I was thinking about before and when making the work. It’s impossible to transfer the moments of inspiration and discovery to you, but perhaps I can lead you through the intuition that drives my creative process.

I wanted to make a work that expressed an impossible to realise scale–the nano scale–and make it so large that it would totally encompass the viewer’s frame of view. This was inspired by my research into recent scientific developments in nano fabrication, particularly an area called DNA Origami which in scientific circles refers to the folding and binding of DNA into programmed shapes, an unnatural engineering approach to using natural material.

I wanted the viewers sense of time to be accelerated, and so the lighting cycle reflects a solar orbit that is far faster than the earth day. And to make a departure from Oribotics, a series of works that move folds, and rather move light across folds to cause a shift in the tonal perception of the folds over time.

I wanted to express a sense of calculated mathematical precision through formal accuracy of the folds, and through a continuous change in height of the peaks and shape of the folded form. I wanted to use the same DNA – the same fundamental pattern – for each fold as interlocking units. I wanted it to be systematic, and to have the work derived from one mathematical model, and use a laser to precisely score the folds.

From these wants, the work arose from late night studies of the fold; from folding countless sheets of paper, to revisiting vector mathematics to calculate the angles between folded planes, to visualisation of 3D software generated arrays of the units to see the effect of light. I concluded the work after arriving at a geometric formula, signifying an understanding of this fold’s DNA, it’s possible expressions and ideal system. Then I could stop thinking, and begin making: the meditation of making hundreds of pieces, fabricating part-by-part, transforming digital formula into form.

In some ways the work is monotonous, not only in the colour range, but also formally. I imagine the surfaces of new materials will be like this: precise and calculated. The work reminds me of the grayscale of electron microscope imaging. However the movement of light makes all the difference, it creates shadows that grow and shift in form, making highlights in the monotony through subtle formal changes.

Afterwards, I reflected on the use of the term DNA Origami, that it makes more sense to me to refer to Origami DNA, as in the program, or composition of folds, that construct a given shape and it’s variations. 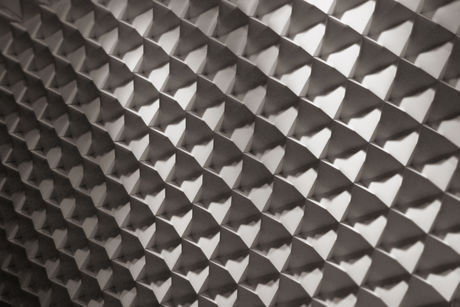 Light is Time Folds are Space is a large scale installation of hundreds of folded forms with an algorithmic variance and lit with a lighting sequence intended to simulate the passage of the sun over the course of day.